Implementation of a liquidity contract with Exane BNP Paribas

Haulotte Group achieved in the 1st quarter 2015 consolidated revenues increased by + 10% to € 98.2 million against € 89.3 million (+ 2.5% at constant exchange rates) for the same period of previous year. Equipment sales were up 2% excluding currency effects and represent a stable weight 83.3% (against 83.4% in 2014). Services was up 10% excluding currency effects. Rental activity is in turn decreased slightly by 2% at constant exchange rates compared to the 1st quarter of 2014.

This first quarter of activity allows Haulotte Group to confirm, at this stage, its forecast of revenue growth close to 5% for fiscal 2015.

Implementation of a liquidity contract with Exane BNP Paribas

As of April 14, 2015, Haulotte Group S.A appointed Exane BNP Paribas for the implementation of a liquidity contract on its shares, for a period ending on 31 December 2015, renewable by tacit agreement. This liquidity contract complies with the Charter of Ethics established by the AMAFI and approved by the “Autorité des Marchés Financiers”.

For the implementation of this contract, the following resources have been allocated to the liquidity account: 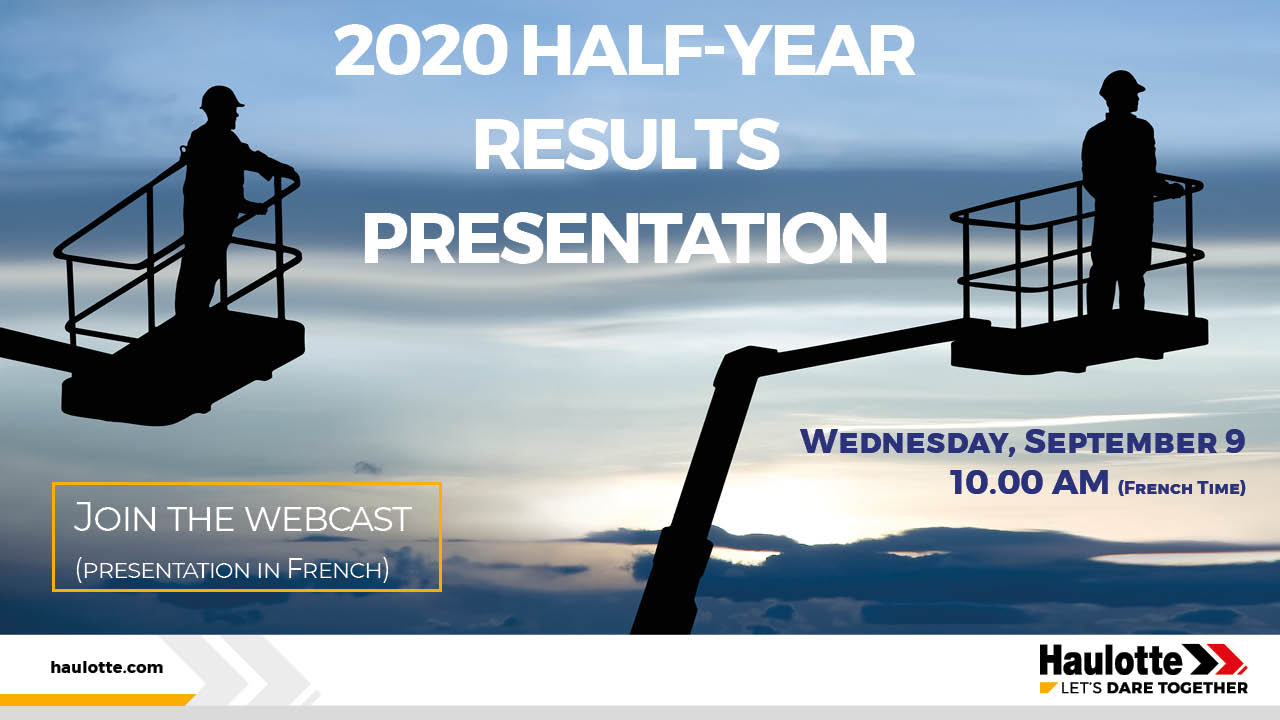